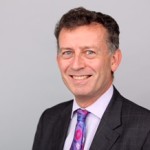 Ever since March when the pound dropped some 5% against the dollar and the euro, it has been the accepted wisdom that “Brexit” would be a negative for financial markets. That drop alerted investors to the reality of the looming UK referendum on remaining in the EU and the topic has featured high on investors’ worry list ever since.

The investment banks were quick to publish dire predictions about the economic consequences of Brexit soon followed by the Treasury, who claimed that it would cost the average household the equivalent of £4,300 a year by 2030. This then led them to predict that popular realisation of the long term consequences of Brexit would so affect behaviour as to cause a short term recession. International financial and economic organisations added their warnings but the argument is far from settled.

There has been no shortage of independent economists and former Chancellors of the Exchequer with views ranging from that Brexit would make little difference to those claiming it would be of significant log term benefit to the UK. The intuitively most sensible view has come from the highly respected Roger Bootle and his team at Capital Economics who argue that whether it turns out to be a plus or a minus depends very much on how the UK government manages any exit.

The market predictions have been equally lurid. BlackRock, guided by Rupert Harrison, a former chief of staff to the current chancellor, warned of a sell off in the pound, UK equities and UK property. Bank of America predicts that it would trigger a 15% drop in European, including UK, equities with currency weakness extending that fall to 20% for European equities and 25% for UK equities. UBS Wealth warns that FTSE 100 could fall 10% over the next year despite an 8% boost to corporate earnings from the pound falling to $1.25 and 1.2 Euros but rise 5% if the UK votes to remain.

The evidence from markets as opposed to from experts is much less convincing. It shows that a lot of risk is already priced in, implying that there is little downside whatever the outcome of the vote. In April, sentiment towards sterling, based on the pricing of currency options, reached the lows last seen at the height of the financial crisis in 2008. JP Morgan’s “Brexit basket” of UK stocks deemed most at risk had under-performed the FTSE100 by nearly since December. Further downside looked limited.

So it has proved. Sterling dipped below $1.40 in March, probably driven as much by the realities of a mounting current account deficit as by Brexit worries, but then recovered. When the opinion polls appeared to swing back towards Brexit in early June, sterling dipped to $1.44, then bounced. The direction of sterling appears highly correlated to the ebb and flow of the polls but the magnitude of the moves, despite lurid media headlines, has been modest. The FTSE 100 is trading about 10% above the February low, lagging the US market, as it has persistently for the last 25 years or more, but not obviously moved by political sentiment.

This should not be surprising. About two thirds of the profits of FTSE 100 companies are derived from overseas so any fall in sterling boosts the sterling translation of overseas profits, as UBS Wealth concedes, and gives a competitive advantage to exporters. Brexit may or may not have a negative long term economic impact on the UK but, even if it does, the implication for UK profits is less obvious. Business surveys show that larger companies, as represented by the FTSE 100, are much more concerned than medium sized or smaller companies or those that are unlisted. So companies more dependent on the UK economy are actually less concerned about Brexit than larger ones who appear well insulated from any impact on the UK economy.

No historical parallel is totally reliable but 1992 provides some interesting lessons. In the run-up to the May election, investors fretted about the likely election of a Labour government led by Neil Kinnock, as was confidently predicted by opinion polls right up till polling day. From late morning of election day, the market started to rally and by early afternoon, many hours before the polls had closed, the stock market was correctly predicting a Conservative victory. The markets jumped on the news but fell back the next week when the reality of endless recession sunk in; sterling was stuck in the Exchange Rate Mechanism which required prohibitively high interest rates.

When sterling was forced off the ERM that Autumn, equities soared, interest rates fell and the economy started to recover against the prediction of nearly every economist and investment sage. The lesson for 2016? If the vote is for “remain,” equities and sterling may fail to rally sustainably as investors switch their focus to other issues. If the vote is for “leave,” the strength of a consensus of official experts does not guarantee that it is right.

Investors and businesses are holding back from investment decisions in the belief that the outlook will be clearer after June 23rd. It won’t be. The best investment decisions are usually made when risk appears to be highest and therefore priced in. Waiting to charge in or out with the herd almost never pays off. Place your investment bets now and then sit back and enjoy the humiliation of all those experts after June 23rd; their humiliation if the vote is for “leave” and their disappointment if it is for “remain.”

Max King has been an investment manager for 30 years, the last 11 of which have been at Investec Asset Management.